Hello Programmers/Coders, Today we are going to share solutions of Programming problems of HackerRank of Programming Language Python. At Each Problem with Successful submission with all Test Cases Passed, you will get an score or marks. And after solving maximum problems, you will be getting stars. This will highlight your profile to the recruiters.

In this post, you will find the solution for set.union() Operators in Python-HackerRank Problem. We are providing the correct and tested solutions of coding problems present on HackerRank. If you are not able to solve any problem, then you can take help from our Blog/website.

Python is a widely-used, interpreted, object-oriented, and high-level programming language with dynamic semantics, used for general-purpose programming. It was created by Guido van Rossum, and first released on February 20, 1991.

Python is a computer programming language often used to build websites and software, automate tasks, and conduct data analysis. It is also used to create various machine learning algorithm, and helps in Artificial Intelligence. Python is a general purpose language, meaning it can be used to create a variety of different programs and isn’t specialized for any specific problems. This versatility, along with its beginner-friendliness, has made it one of the most-used programming languages today. A survey conducted by industry analyst firm RedMonk found that it was the most popular programming language among developers in 2020.

Link for the Problem – set.union() Operators in Python – HackerRank Solution 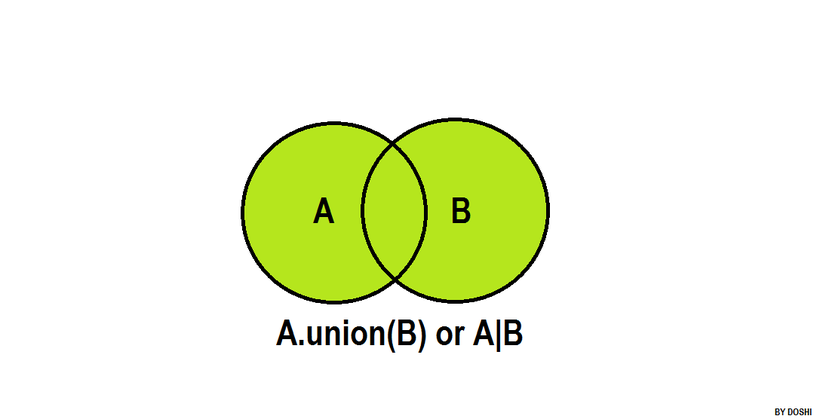 Output the total number of students who have at least one subscription.

Roll numbers of students who have at least one subscription:
and . Roll numbers:  and  are in both sets so they are only counted once.
Hence, the total is  students.